Yes well the police department is empowered to restrain the customer Mister Samuels and certainly if the customer is then in receipt of a dysfunction, and this dysfunction is shown to be an effect of the restraints applied then the customer is entitled to submit an application to this department in respect of Dysfunctional Benefit and if it is approved then the benefit is awarded. The point is not whether anyone would actually speak like this, but that the response articulates the outlook of the state apparatus that Sammy is gamely struggling with.

There are events, I speak of them, if I am to speak then it is these, if I may speak. What it is to speak, to say, to mean, is continually at issue in Translated Accounts. The accounts have an occluded, fragmentary aura, which can be haunting and suggestive, but also gives much of the writing the not-quite-there feel of a poor prose translation or of English as spoken by Sven-Goran Eriksson.

Securitys the plural is commonly spelled like this threaten, violate and mutilate citizens. Their real or implied presence lies behind many of the scenes in the novel in which things cannot be spoken of, and reactions must be smothered, held back.

This affects not simply the content of the accounts, but the way some of them are told. In a similarly deadpan tone the narrator remarks that he thought the young man threw a pumpkin, but others have claimed it was a watermelon. No disturbance followed, buses depart. I said.

This is the pumpkin story, or watermelons, I now have narrated it. What is memory, if I who was there and so bearing witness to it, if times may arise for opposition, when do these times arise, what was the time of the younger man and we travellers who could do nothing, what time is it for myself, if questions are to follow, if they should, not for myself, who am a practical man. But, typically for this book, not everything can be heard or recorded clearly. Noise and incomprehension come together at the end of the scene, when the woman who has been thrown to the floor.

I heard the noise of this, the thumping, and if she screamed, I do not know. I would think of what she had said, if she was mistaken, perhaps, if this could be something she believed, perhaps not, I would think about it, considering it only if later. His novels feature individuals trapped in situations they cannot rectify, where they are forced to make compromises even as they attempt rebellion. He is threatened with instant dismissal and a quickly assembled union meeting votes for strike action.

But in a subsequent session with his bosses Hines resigns instead. He shook his head and gazed at Hines for a moment. I think I know what it is with you, he said. You fancy yourself on the soapbox. The commitment Tammas gives to gambling is balanced by his lack of interest in the workplace, and his unwillingness to be careful with the money he wins comes from a refusal to attribute value to anything other than chance and the present moment. The novel, though written with a rarely wavering focus on Tammas, never allows the reader into the workings of his mind.

A Chancer is full of what is not said, but that unspokenness is eloquent, as when Tammas throws in his factory job during his first day:. A Disaffection is written from further within the system, but explores its cul-de-sacs no less relentlessly. Patrick Doyle is a teacher who gets his class to repeat after him:. Good, good, but cut out that laughing. The Lord did not require Joseph Smith to have knowledge of Egyptian. By the gift and power of God, Joseph received knowledge about the life and teachings of Abraham.

On many particulars, the book of Abraham is consistent with historical knowledge about the ancient world.

But even this evidence of ancient origins, substantial though it may be, cannot prove the truthfulness of the book of Abraham any more than archaeological evidence can prove the exodus of the Israelites from Egypt or the Resurrection of the Son of God. According to the book of Abraham, the covenant began before the foundation of the earth and was passed down through Adam, Noah, and other prophets.

The book of Abraham clarifies several teachings that are obscure in the Bible. Life did not begin at birth, as is commonly believed. 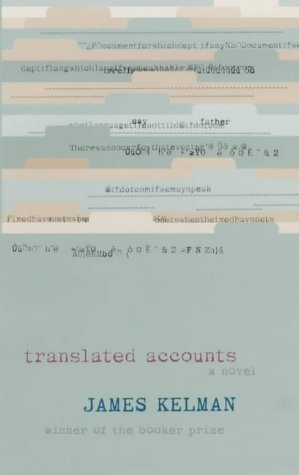 Prior to coming to earth, individuals existed as spirits. The powerful truths found in the book of Abraham emerged from a set of unique historical events.


In the summer of , an entrepreneur named Michael Chandler arrived at Church headquarters in Kirtland, Ohio, with four mummies and multiple scrolls of papyrus. Due partly to the exploits of the French emperor Napoleon, the antiquities unearthed in the catacombs of Egypt had created a fascination across the Western world.

IAS 21 The Effects of Changes in Foreign Exchange Rates

These artifacts had been uncovered by Antonio Lebolo, a former cavalryman in the Italian army. Lebolo, who oversaw some of the excavations for the consul general of France, pulled 11 mummies from a tomb not far from the ancient city of Thebes. Lebolo shipped the artifacts to Italy, and after his death, they ended up in New York. By the time the collection arrived in Kirtland, all but four mummies and several papyrus scrolls had already been sold.

A group of Latter-day Saints in Kirtland purchased the remaining artifacts for the Church. Joseph Smith worked on the translation of the book of Abraham during the summer and fall of , by which time he completed at least the first chapter and part of the second chapter.

In these inspired translations, Joseph Smith did not claim to know the ancient languages of the records he was translating. Some of his translations, like that of the Book of Mormon, utilized ancient documents in his possession. Other times, his translations were not based on any known physical records. Some evidence suggests that Joseph studied the characters on the Egyptian papyri and attempted to learn the Egyptian language. Another manuscript, written by Joseph Smith and Oliver Cowdery, has Egyptian characters followed by explanations.

Categories of Interest: Select All.