McCraes Battalion: The Story of the 16th Royal Scots


The Germans were determined to drive them out but the Scots heroically fought off repeated German counter attacks. Sir George joined his men in the German trenches and was in the thick of the action. He positioned himself on a parapet and picked off Germans with his rifle while his servant spotted for him. On 3 July the 16 th Royal Scots were relieved, having held onto their slim gains, but the battalion had been virtually destroyed.

Of the men who had taken part in the attack, had been killed or wounded. Despite its horrendous casualties on the Somme, McCrae's continued to fight with distinction on the western front until the end of the war. Sir George was soon invalided home--broken with exhaustion--and the other sur viving members diluted with draftees from other regiments. But the battalion performed with great dash during the offensive at Arras in , stoically endured the muddy horrors of Passchendaele later that year, and then held the line unbroken in a desperate rearguard action on the Lys in the spring of When one young soldier, a Partick Thistle supporter, was told that he was to be transferred to the 16 th Royal Scots he wrote home that it was a 'feather in my cap' to become a member of the famous Edinburgh footballers' battalion. 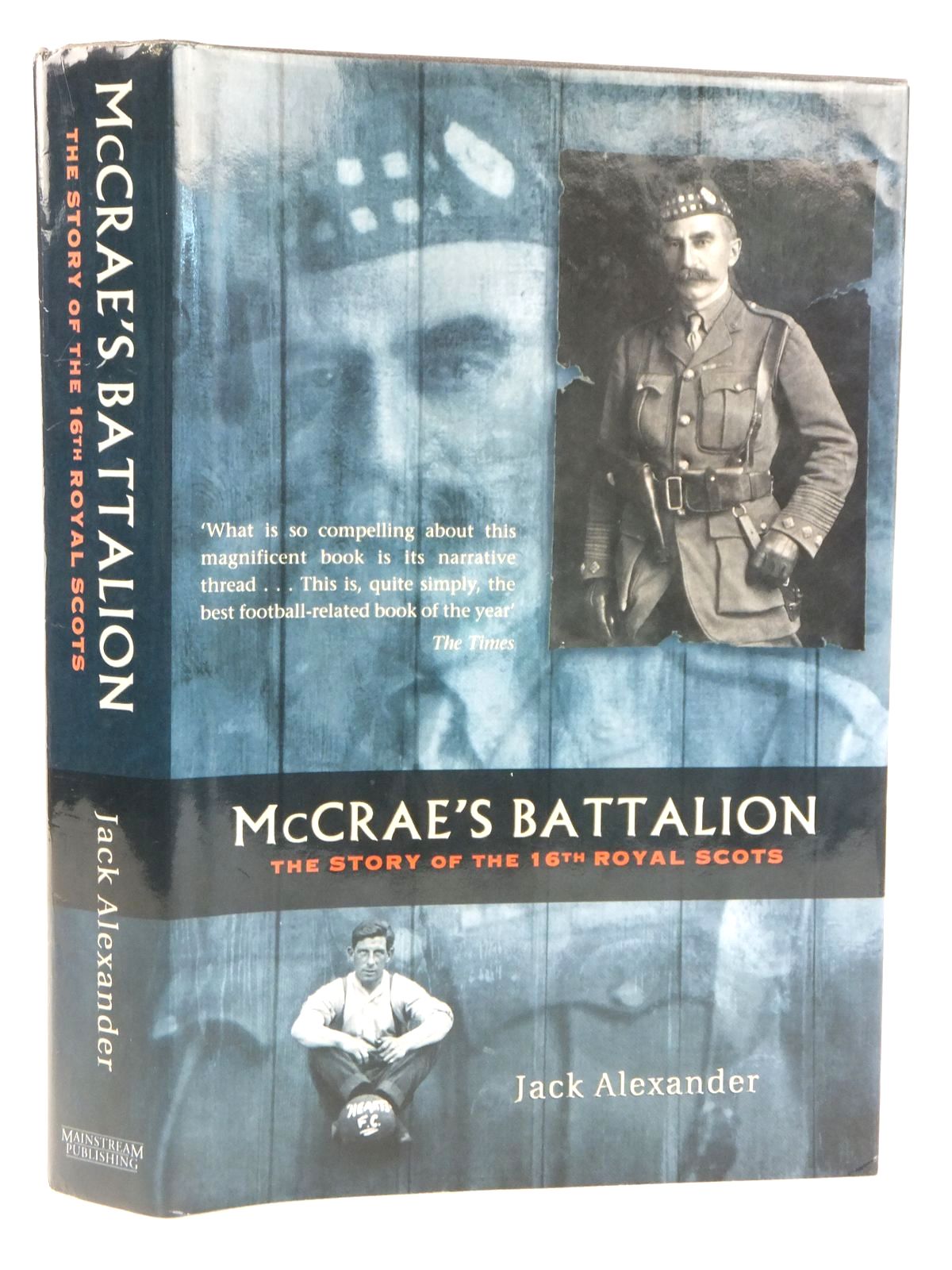 The action on the Lys was to be McCrae's final battle. The battalion was disbanded shortly after through lack of replacements. The butcher's bill had been paid in full. The 16 th Royal Scots had suffered 1, dead during the war--including, among its fallen officers, Lieutenant Cuthbert Lodge, the son of the Professor of History at Edinburgh University. Only thirty of the 'originals' were still on the strength at the end. Fittingly, the piper played 'Flowers of the Forest' as the men were drawn up for the last time. It was a lament for lost friends. As the diners beat their fists on the tables to simulate drumfire, an old battalion trench song echoed round the room: 'Did ye stand wi McCrae on the German hill?

The original idea was that twin cairns would be erected: one in Edinburgh and one at Contalmaison on the Somme. These would bear the regimental badge and on 1 July each year a party of local schoolchildren would travel to France to lay a wreath. The Edinburgh Corporation, seemingly oblivious to the sacrifices made by the sons of the city, was unimpressed and declined to provide funding.

In the face of civic indifference, the veterans were forced to [End Page ] scale down their expectations and fall back on their own resources. It wasn't a grand public monument, but at least it was a mark of respect for the dead pals. For many of the living the war never really ended. The lingering effects of wounds and exposure to gas would handicap survivors for the rest of their lives. There were also deep mental scars to overcome.

The daughter of one veteran recalls that at the beginning of every July her father, normally a cheery soul, would lock himself in the front room for several hours and cry. She never understood why. Alexander's book--the product of twelve years of assiduous research--will be of as much interest to historians of sport and the city of Edinburgh as to Great War enthusiasts. The last of the surviving McCrae's have now passed away and those who did not live to see old age are no more than sepia-tinted ghosts behind dusty glass frames.

The author has produced a worthy and fitting tribute to the memory of a gallant generation. Project MUSE promotes the creation and dissemination of essential humanities and social science resources through collaboration with libraries, publishers, and scholars worldwide. Forged from a partnership between a university press and a library, Project MUSE is a trusted part of the academic and scholarly community it serves. Built on the Johns Hopkins University Campus. This website uses cookies to ensure you get the best experience on our website.

Ronan Tynan. According to their Lights.

You submitted the following rating and review.